12-day tour from these cities departing one day earlier: Attalla, Decatur and Huntsville, AL and Lexington, KY. Add $130 to the above prices for twin and triple and $150 for single.

It was the Iron Horse that helped tame the Old West, bringing an entire
continent together and leading to the historic expansion of the United
States. Now you can relive the thrill and excitement of that historic era
on our Colorado’s Scenic Vintage Railways Tour. Colorado is beautiful
anytime of the year. Eagerly, we board our deluxe motorcoach traveling
through Nashville, our state capital, on our way north into the Bluegrass
State of Kentucky. We cross the Mississippi River before arriving at St.
Louis, Missouri, our destination for the night. The majestic Gateway
Arch towers above the city’s skyline.

We continue our journey westward today through the farmlands of Missouri
stopping in the Kansas City area for lunch. After lunch we enter
“The Sunfower State” of Kansas. Our next stop is the capital city of
Topeka. We will make a photo stop at the Capitol Building and visit the
First Presbyterian Church to view its sanctuary decorated extensively
with Tiffany stained glass windows. The work represents America’s
foremost designer of stained glass, Louis Comfort Tiffany. We continue
to Salina, Kansas, for our next overnight.

Our Colorado adventure continues this morning as we depart Salina,
Kansas traveling through Kansas into the Centennial State of Colorado.
Colorado Springs is situated near the base of one of the most famous
American mountains, Pikes Peak, rising over 8,000 feet above the city
on the eastern edge of the Southern Rocky Mountains. Upon arrival we
will visit the Garden of the Gods—a 1,367-acre park at the base of Pikes
Peak where the Great Plains meet the Rockies. It is like a little piece
of heaven! You will be amazed by the abundance of plant and animal
life here, as well as the magnifcent red sandstone formations such as
the Kissing Camels and Balanced Rock. Some of the most spectacular
views of Garden of the Gods Park are only accessible from the Visitor
& Nature Center terrace—which spans the entire front of the building.
This iconic perspective of Pikes Peak framed by the foothills and the
red sandstone of the Park is simply breathtaking. We spend two nights
in Colorado Springs.

This morning we visit the United States Air Force Academy at the foot
of Rampart Range. Here, on the slopes of the Rocky Mountains, cadets
undergo four years of rigorous training and study. After an early lunch
we will ride the Cog Railway to the summit of Pikes Peak. The view
from this peak inspired the writing of the song “American The Beautiful”.

It’s a short drive to Canon City, located in a mountain bowl along the
Arkansas River valley as it fows east from the Rocky Mountains and the
mouth of the Royal Gorge. The Royal Gorge Bridge is suspended from
towers that are 150 feet and remains among the ten highest bridges in the
world and is the highest in the United States. There will be time to visit the
bridge before boarding the train—“North America’s most scenic railroad”,
the world famous Royal Gorge Route! The Rocky Mountain News named
the Royal Gorge Route Railroad as Colorado’s best. From the comfort of
your enclosed coach seat, you’ll enjoy a delicious luncheon along with the
fabulous scenery and wildlife. Their classic, old-time diesel engine chugs
along the Arkansas River and winds its way through the steep granite cliffs
of the gorge. Along the way, we’ll pass under the Royal Gorge Bridge,
suspended more than 1,000 feet above the tracks. We continue to Alamosa,
Colorado for the night.

Return to the exciting days of the Frontier West during our trek on the
old-fashioned Cumbres & Toltec Scenic Railroad. The memories begin the
minute the stately steam engine blows its horn! Relax in your comfortable
coach or open-air observation car as we climb high mountain passes and
travel through a breathtaking gorge. Our unforgettable journey from Antonito
travels to the old stagecoach town of Chama, New Mexico, home to one
of the last coal tipples in the country. We’ll stop mid-way in the small
mining town of Osier for a delicious lunch. We continue to Durango for
our next overnight. Durango was founded by the Denver & Rio Grande
Railway in 1879. Durango is near the Four Corners junction with New
Mexico, Arizona and Utah, and is perched at 6,512 feet, nestled between
red sandstone bluffs in the vast Animas River Valley. To the north lie the
peaks of the San Juan and Needles Mountains, which rise to an average
elevation above 10,500 feet. To the west are arid desert lands, and to the
south lies the southern border of the two million acre San Juan National
Forest, and stark canyon country.

Immerse yourself in yesteryear with the Durango & Silverton Narrow Gauge
Railroad Museum’s memorabilia, including full-size locomotives, maps,
photos and artwork. Then it’s “all aboard!” the historic 1880’s Durango
& Silverton Narrow Gauge Railroad. You’ll travel by coal-fired, steam
powered locomotives on the same track miners, cowboys and settlers did
over a century ago. The route to Silverton aboard the Durango & Silverton
Narrow Gauge Railroad is an unforgettable journey along the spectacular
Animas River. The Animas River is one of the last free-flowing rivers in
the entire western United States. The train will cross the river five times
on its journey to Silverton, offering views of spectacular vibrant golds
and yellow aspen trees from both sides of the train. We will pass fertile
farmlands, old stagecoach roads, the breathtaking “Highline”, the remote
Tacoma Power Plant, old mining camps, and be in the shadow of peaks
reaching over 14,000 feet. After lunch and time to browse in Silverton, we
will board our coach and travel the Million Dollar Highway. It stretches
25 miles (40 km) in western Colorado and follows the route of U.S. 550
between Silverton and Ouray, Colorado. It is part of the San Juan Skyway
Scenic Byway. Between Durango and Silverton the Skyway loosely parallels
the Durango and Silverton Narrow Gauge Railroad.We will make a stop in
Ouay. The entire Main Street is registered as a National Historic District
with most of the buildings dating back to the late nineteenth century. The
Beaumont Hotel and the Ouray City Hall and Walsh Library are listed
on the National Register of Historic Places individually. Gunnison is our
destination for the night.

We travel to the mining town of Leadville for lunch included. Leadville
is a special place…a treasure…a gem in the middle of Colorado at the hub
of the Top of the Rockies Byway. Leadville is North America’s highest
incorporated city (10,430 feet elevation), and the frontier West’s wildest,
richest, silver mining Boom Town. We continue to Denver, Colorado area
for the night. Denver, the capital of Colorado, is an American metropolis
dating to the Old West era. Denver is nicknamed the Mile-High City because
its official elevation is exactly one mile (5,280 ft) above sea level, making
it one of the highest major cities in the United States.

Our journey continues north through Colorado and into Nebraska arriving in
Paxton for lunch at Ole’s Big Game Steakhouse. It’s a short drive to North
Platte and a visit to Golden Spike Tower where you get a birds-eye view
of Bailey Yard, the world’s largest railroad classification yard. We “Ride
with the Wild Bunch” at Buffalo Bill Ranch State Historical Park and tour
Buffalo Bill’s home and barn. A barbecue dinner is served as the cowboy
band entertains. Overnight in North Platte, Nebraska.

It’s a short drive to Gothenburg, Nebraska to visit the Pony Express
Station along the Oregon Trail and the Sod House Museum, a memorial
to the first settlers in the area and a replica of the early pioneer homes.
Our next stop is Kearney, Nebraska to visit the Great Platte River
Road Archway. This is a two-story structure stretched over Interstate
80. Wander through the exhibits paying tribute to the pioneers who
traveled the Oregon Trail and the Great Platte River Road. We continue
to St. Joseph, Missouri for the night.

St. Joseph is known for the start of the Pony Express and the end of
Jesse James, and Patee House played a role in both. Patee House is St.
Joseph’s only National Historic Landmark. It has been listed by True
West magazine as one of America’s Top 10 Western Museums. Built
in 1858 as a luxury hotel, Patee House served as the Pony Express
headquarters from 1860 to 1861. During the Civil War, the Union Army
occupied the building, using it as their Provost Marshal’s office and
holding war trials in the ballroom. It is one block away from the home
of infamous outlaw Jesse James, where he was shot and killed by Bob
Ford. After his death, the James family stayed and were interviewed in
the hotel. We continue to Sikeston, Missouri for our last night. This
evening we will enjoy a delightful dinner at Lambert’s Throwed Rolls
Restaurant where you can eat all the rolls you can catch! 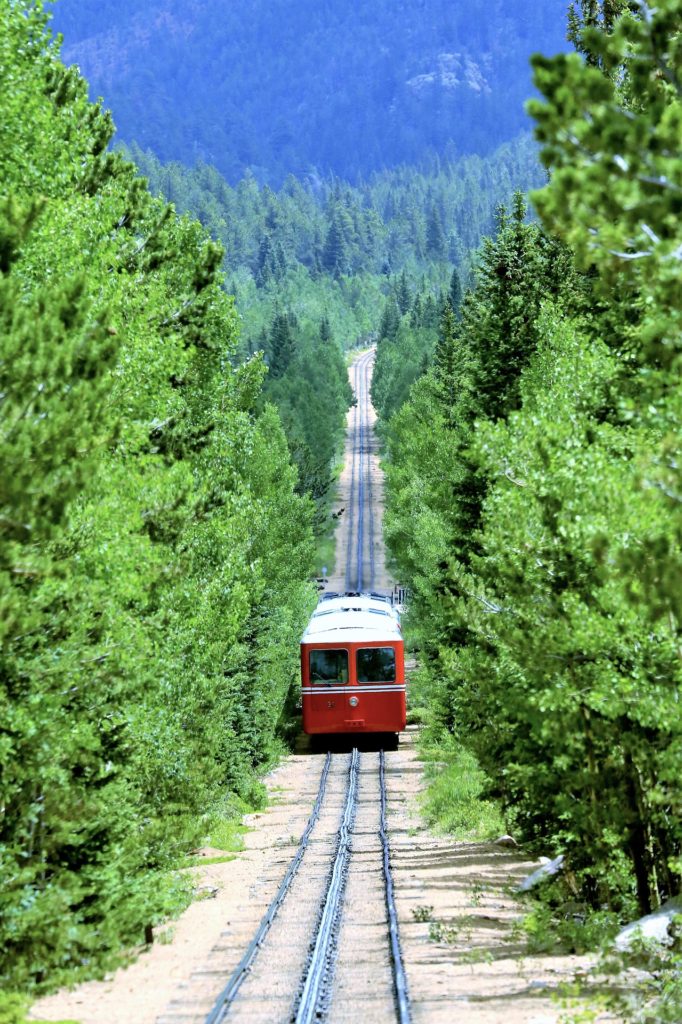 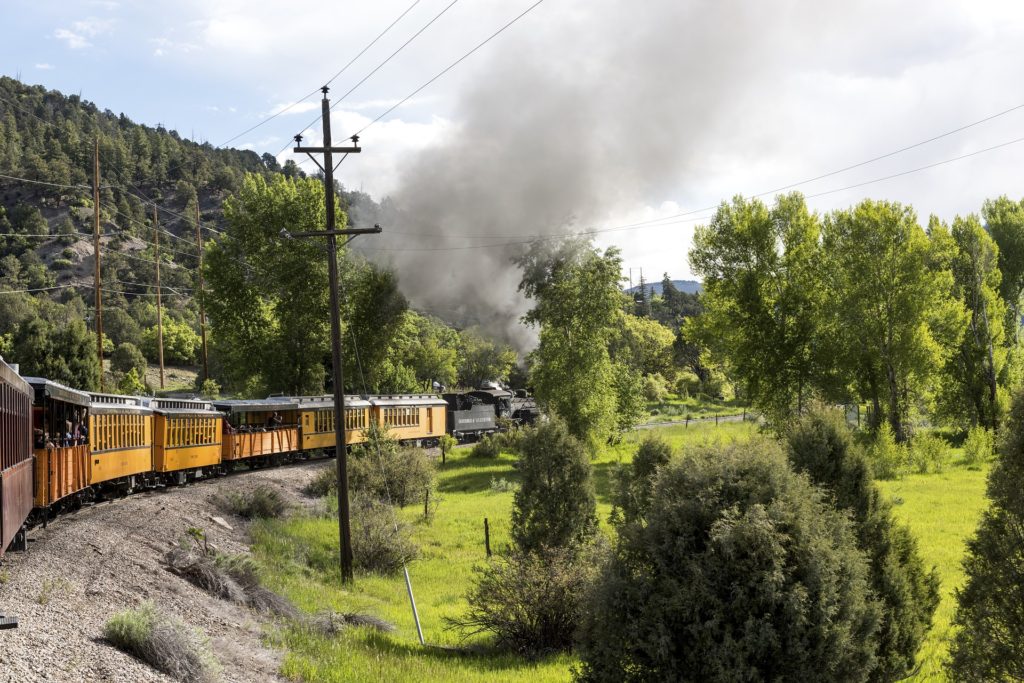