17 day tour from these cities departing one day earlier: Attalla, Decatur and Huntsville, AL and Lexington, KY. Add $150 to the above prices for twin and triple and $180 for single.

We begin our enjoyable day by getting acquainted and talking over plans
for the days ahead on our tour. We travel northwest through the “Bluegrass
State” of Kentucky as we continue our frst day’s journey through the state
of Illinois toward our destination for the night, St. Louis, Missouri, commonly
known as the “Gateway to the West”.

Today could well be called “Historical Day” since we see the home of one
of our former Presidents. We continue through the state of Missouri to
Independence for lunch before continuing west into the State of Kansas,
better known as “the Breadbasket of America”. At Abilene we will visit
former President Dwight D. Eisenhower’s Museum, home and fnal resting
place at Meditation Chapel. Salina, Kansas is our destination for the night.

Today we leave Kansas and travel into the beautiful state of Colorado.
We see the Rockies for the frst time today. These Rocky Mountains are a
very prominent geologic feature. The Continental Divide splits Colorado
into two distinct regions. We spend the night in the Denver area. When
you visit the Capitol you will be one mile above sea level. The interior
and pillar facings are of Colorado rose onyx. The onyx mines have been
depleted so no more of this beautiful stone can be found.

Trail Ridge Road crosses the broad back of Colorado’s Front Range through
Rocky Mountain National Park. It rises to 12,183 feet, well above tree line,
and rolls along over a gentle landscape akin to the world’s Arctic regions.
We will get more than top-of-the-world vistas on this drive. We skirt wide
meadows where bighorn sheep, elk and deer browse and follow streams
and rivers—including the meek headwaters of the Colorado—and plunge
through subalpine forests. At nearly every turn, the fat summit of Longs
Peak and its companion peaks loom over the rooftops. We continue to Fort
Collins, CO for the night.

Our journey today takes us into the “Beehive State” of Utah. This nickname
is taken from the Mormon word “Deseret” (honey-bee), which
stands for hard work and industry. We will spend the next two nights
in Salt Lake City.

We see many interesting sights in Salt Lake City today on our half-day
guided tour of the city. Afternoon is free for shopping, relaxing or visiting
the famous Mormon Tabernacle at Temple Square. If the Choir is
practicing in the evening we will attend the practice. Overnight again
in Salt Lake City.

Today we turn north and leave the state of Utah behind as we enter the
“Land of the Cowboy”, Wyoming. Our stop for tonight will be in the
Grand Tetons and Jackson area. While here we will see the majestic
mountain scenery of the Grand Tetons. Peaks in this park rise to heights
of over 7,000 feet above the valley foor and frame a majestic landscape
that is unique in America. It is a scene that has long been famous for
its beauty even though the mountains are among the youngest of the
North American Continent. Watch the shootout in Town Square each
evening in Jackson.

Today we visit the oldest, largest and best
known park in America,Yellowstone National
Park. We will have a tour of the park as we
see Old Faithful Geyser that has been erupting
consistently for over 100 years. At the
Fountain Paint Pots see four of the geothermal
features: fumaroles, geysers, hot springs, and a
bubbling mudpot.

Photo stops along the way
at Yellowstone River’s Lower Falls—almost
twice as high as Niagara. Accommodations
await us for two nights in the Yellowstone
Park area.

We continue through Yellowstone
Park today as we depart for Cody,
Wyoming. We will visit the Buffalo
Bill Center of The West before
checking into our hotel. Dinner is included
this evening at the Irma Hotel,
a meeting place for local cattlemen,
sheep-herders and oilmen for the past
80 years. Its $100,000 bar was a gift
from QueenVictoria to Buffalo Bill. In
the evening we will attend the Cody
Rodeo

As we leave Wyoming and its beautiful scenery, keep in mind the
fact that the U. S. Government owns almost half the land in the state.
We soon cross the Big Horn Mountains before arrival in Rapid City,
South Dakota, where accommodations await us for the next two nights.

Mount Rushmore National Memorial is our main attraction today.We
will view this famous granite carving of the faces of four great American
Presidents . . . Washington, Jefferson, Lincoln and Theodore Roosevelt.
. .on a 6,000-foot mountain in the Black Hills of South Dakota
as grand and enduring as the contributions of the men represented. It
was a controversial project when Gutzon Borglum, sculptor, began his
work on the carving in 1927. With crews often numbering 30 workers,
he continued through 14 years of crisis and heartbreak and had almost
fnished in March, 1941 when he died. His son brought the project
to a close in October of that year. We will also see the Crazy Horse
Memorial, built in honor of the fearless Sioux Indian Chief. We return
to Rapid City again for overnight.

Traveling today through the Badlands, we are on our way to Mitchell,
South Dakota, for our next overnight stop. The Badlands have an unusual
beauty all their own with spectacular exhibits of weathering and
erosion. This fantastic painted landscape of steeply eroded buttes, spires
and razor-edged ridges was made a National Monument by President
Franklin Roosevelt in 1939 and became a National Park in 1978.

Today our journey takes us across the Missouri River into the “Hawkeye
State” of Iowa. Even though industry is slowly creeping in, Iowa has
about 95% of its land under cultivation— more than any other state. We
will enjoy a delicious dinner (included) in Amana. A unique venture in
community cooperation, the seven villages of the Amana Colonies function
as a corporation with workers as owners of the stock. A religiously
motivated community, Amana produces smoked meats, woolen goods,
bakery products, furniture, ovens and radar ranges. Overnight Coralville/
Iowa City, Iowa.

The capital city of Indiana, Indianapolis is the scene of our last night
together. The city is often called “The Crossroads of America” because
of the many highways which intersect here.

As our journey comes to an end, we must bid farewell to our newly
found friends. We anxiously await our arrival home to tell our family and
friends about our exciting adventure to Yellowstone National Park with
KNOXVILLE TOURS. 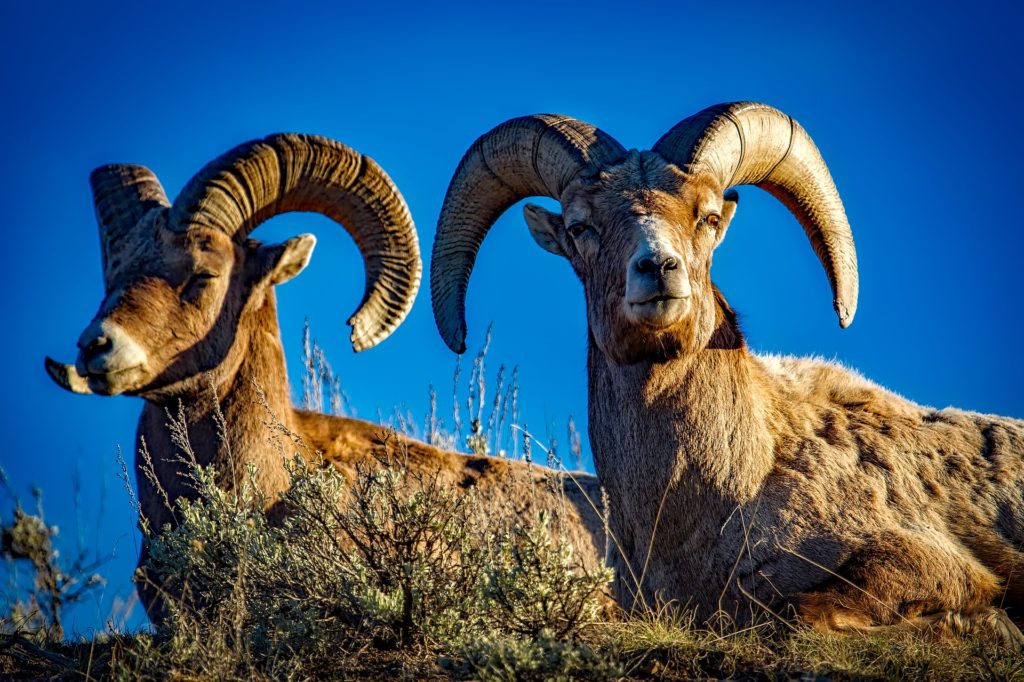 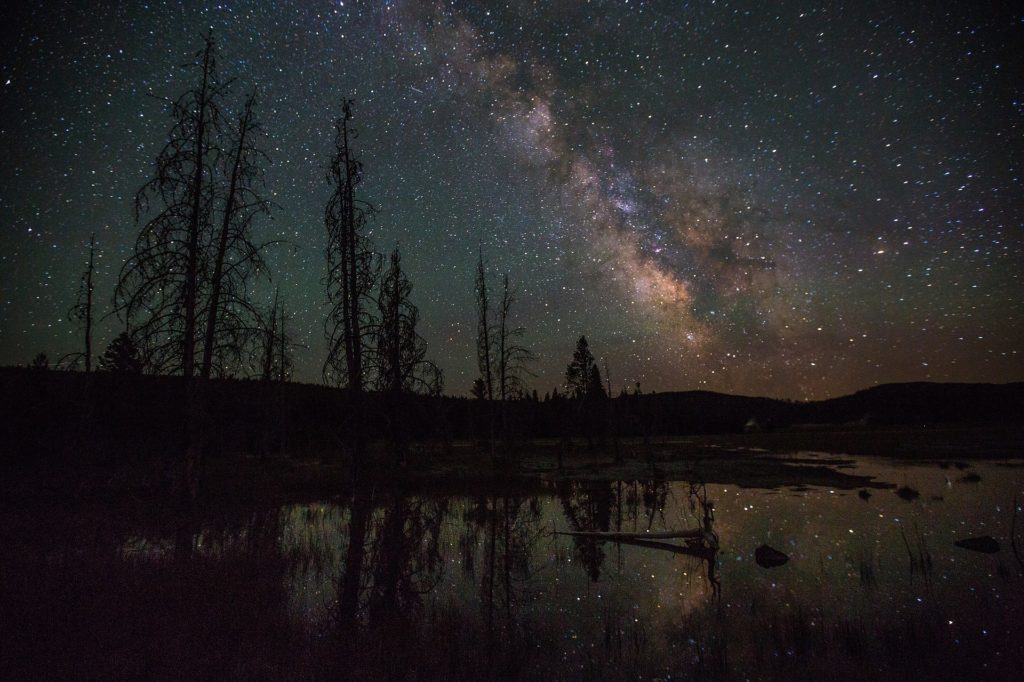