13-day tour from these cities departing one day earlier: Attalla, Decatur and Huntsville, AL and Lexington, KY. Add $130 to the above prices for twin and triple and $150 for single.

We leave Knoxville this morning traveling south through Chattanooga
and into the “Heart of Dixie” . . . Alabama. After lunch in the Birmingham
area, we continue through Jackson, Mississippi to Vicksburg,
Mississippi for the night.

This morning we depart Vicksburg and cross the mighty Mississippi
River on our way through Louisiana to Kilgore, Texas for lunch. After
lunch we will visit the East Texas Oil Museum located on the campus
of Kilgore College. This fascinating museum houses the authentic recreation
of oil discovery and production in the early 1930s from the
largest oil feld inside U.S. boundaries. Within the museum is a full
scaletown full of stores, people, animals, and machinery depicting the
lively activity of a town booming in oil— a typical “Boomtown, USA.”
Our destination for the night is Waco, Texas situated along the Brazos
River. Waco quickly becoming a destination unto itself due mainly to
Chip & Joanna Gaines, creators and stars of the popular HGTV Fixer
Upper show.

Before departing Waco we will visit Magnolia Market at the Silos made
famous by Chip & Joanna Gaines of the HGTV show “Fixer Upper”.
There’s a little something for everyone at the Market. Shopping, games,
the garden and even a bite to eat. The Market itself is staged and set up
with one goal in mind: to inspire you to own the space you’re in. Next we
travel to the heart of Bluebonnet Country at Bryan and College Station,
home of Texas A & M University, the state’s oldest public institution of higher education. After lunch we travel Washington County’s
Bluebonnet Trail. The landscape mirrors the sky as brilliant patches of
bluebonnets emulate a vibrant blue sky, and dazzling Indian paintbrushes
evoke the warm colors of a sunset. You will see feld after feld of spec- tacular bluebonnets along the roadside. Lunch included at Bryan College
at J.Cody’s. Brenham is home to more than 120 historic sites and markers
from the Texas Revolution era. Brenham’s “Main Street” district is the
heart and soul of Washington County. We continue south to San Antonio,
Texas for a three night stay.

San Antonio’s old world Spanish fair and blend of cultures make it one of
America’s most picturesque cities. You’ll want to enjoy an illuminated evening
stroll along the famed Riverwalk. There’s no city in Texas that compares
to the city of San Antonio! Today a local guide joins us as we explore this
fascinating city, from the Alamo, where Texas state history began, to the
fabulous shops of the beautiful San Antonio Riverwalk, Market Square and
the Mission San Jose—known as the “Queen of the Missons”. We will step
back in time as we visit the Alamo—the most famous spot in Texas. We
will enjoy a 35-minute narrated history cruise on the San Antonio River
of the beautiful San Antonio River Walk. Dinner included this evening.

The ranch is east of San Antonio on the banks of the Cibolo along the route
that Spanish Conquistadors rode as they moved westward in the 1500s.
This route was later designated the Old Spanish Trail in 1915. Cibolo is the
Spanish word for buffalo and the waterway fowing through the ranch was
also named Cibolo, thus the name of the ranch is Rio Cibolo. Their legacy
as a working Longhorn ranch has deep roots. The Spaniards introduced
cattle and horses to the area in the 18th century. The horses served as a new
means of transportation for the Native Americans and early settlers. The
cattle were called Longhorns and were a very hardy breed. They multiplied
so rapidly they became wild. The Longhorn were the mainstay of early
Texas ranchers, many of whom were cowboys. The cowboys rounded up
the cattle and drove them across uncharted rivers and over mountains to
the markets in Kansas and Nebraska. The Ranch often holds rodeo events
in keeping with our cowboy tradition. All this sightseeing sharpens the
appetite, so saunter-on-up to the table for a mouthwatering Chuckwagon
lunch. We return to San Antonio with time for shopping and exploring
San Antonio.

This morning we follow the waters of the mighty Rio Grande through Del
Rio to the Judge Roy Bean Visitor Center where we will visit the rustic
saloon, courtroom and billiard hall of Judge Roy Bean, the colorful and
controvesial “Law West of the Pecos” in the 1860’s. Be sure to explore
the impressive cactus garden. We continue to Alpine, Texas for a two
night stay. West Texas is majestic. And Alpine is right in the middle of
everything. The town has an elevation of 4,475 feet, and the surrounding
mountain peaks are over a mile high. The town sits on a high plateau, the
Chihuahuan Desert, with the Davis Mountains to the north and the Chisos
Mountains to the south.

This morning after breakfast our local guide will take us on a tour of this
vast area —monumental landscapes, huge overwhelming cliffs, far distant
vistas, a feeling of power and majesty—the is Big Bend! Visitors can travel
from the Rio Grande with its spectacular canyons and jungle-like foodplain
up through Chihuahuan Desert,which constitutes the majority of the park,
to Chisos Mountains with cool woodlands. Lunch is included at the Park
Lodge. We return to Alpine for our last night.

Just north of Ft. Stockton is Monahans Sandhills State Park—4,000 acres
of wind-sculptured sand dunes like the classical landscape of the Sahara.
After a brief photo stop, we continue to Fort Worth,Texas for the night. It’s
apparent that the Old West is thriving in the Stockyards National Historic
District! Dinner included this evening in the Stockyards area.

This morning’s tour of Fort Worth introduces you to the City of Cowboys
and Culture. The tour covers the history of the City starting from a lonely
outpost on the western frontier, to the days of cattle drives, to their importance
in aviation over the last century, to the major cosmopolitan city
of today. During the two hour tour, we visit the “red brick streets” parts
of Fort Worth, including Downtown, the Historic District Near Southside,
TCU/University Area, the Historic Northside and the Stockyards. The
Texas Longhorn and the American cowboy are two of the most enduring
symbols of the Old West. They’re a big reason why Fort Worth earned the
nickname “Cowtown.” They formed the core of the great cattle drives of
the late nineteenth century. Now, the romance and mystique of cowboys
and cattle drives returns to Fort Worth. The Old West comes to life before
your eyes during the Fort Worth Herd’s daily cattle drive. Genuine Texas
cowhands drive a herd of Texas longhorns down Exchange Avenue in the
Stockyards National Historic District every day at 11:30 AM and 4:00
PM. After lunch on your own in the Stockyards area we continue to Dallas
where a local guide will show us all that Dallas has to offer—Dealy Plaza
and the Sixth Floor Museum, Reunion Tower, Founders Plaza, Pioneer
Plaza, Dallas City Hall, Fountain Plaza, Deep Ellum, Wilson Block, The
Art District, Kylde Warren Park, West End and more as time permits.
Overnight in Rockwall, Texas, a suburb of Dallas and part of the Dallas/
Fort Worth Metroplex.

Today, we travel to Scott, Arkansas just fourteen miles southeast of
the city of Little Rock. We will visit Marlsgate Plantation, a stately
columned Greek Revival Mansion shaded by ancient oaks and a pecan
grove overlooking the waters of Bearskin Lake. We enjoy a delightful
luncheon prepared by their local chef. After lunch we will enjoy a tour
of Marlsgate, now the private home of Martha Ellen and Beau Talbot.
After our tour we return to Little Rock for the night.

Two hours takes us to Memphis to explore Elvis Presley’s home,
Graceland Mansion. Fully immerse yourself in Elvis’ life and career
like never before at Elvis Presley’s Memphis as you experience Elvis’
roots, his infuences and his artistry. Walk among some of Elvis’ favorite
automobiles, including his iconic Pink Cadillac, Stutz Blackhawk,
1956 Cadillac Eldorado, Dino Ferrari, Mercedes Benz limousine, Rolls
Royce sedans and more. Step aboard Elvis’ customized airplanes to
see how he traveled in luxury. The Lisa Marie includes a living room,
conference room, private bedroom and features gold-plated seatbelts,
leather-covered tables and 24-karat gold-fecked sinks. Plus, you can
take a glimpse at Elvis’ smaller Lockheed Jetstar, the Hound Dog II. You
will be free to enjoy lunch on your own at either Vernon’s Smokehouse
Barbeque Restaurant or Gladys’ Diner. Be sure to also visit the Shake
and Ice Cream station featuring hand-dipped ice cream, Root Beer foats
and more! We’re off to downtown Memphis to Sun Studio—the most
famous recording studio in the world. “If Music Was A Religion, then
Memphis would be Jerusalem and Sun Studio, It’s Most Holy Shrine.”
Hear Some of Elvis’ greatest hits. Located within the new Bass Pro Shops
Pyramid in downtown Memphis, TN, Big Cypress Lodge offers rustic,
distinctively appointed rooms and suites fully immersed in the Bass Pro
Shops outdoor lifestyle. The Lookout At The Pyramid is located at the
top of the Memphis Pyramid … Dining with the Best View in Memphis!
Overnight in Memphis.

We depart Memphis this morning for our return home stopping in the
Nashville area for lunch. We must say this has been a memorable trip
to see the Best of Texas—magnifcent felds of Bluebonnets and Indian
Paint Bush adorned the felds along the Bluebonnet Trail, Herds of
Longhorn Cattle, horses and farm animals on the Texas Ranch and the
beauty of Big Bend. 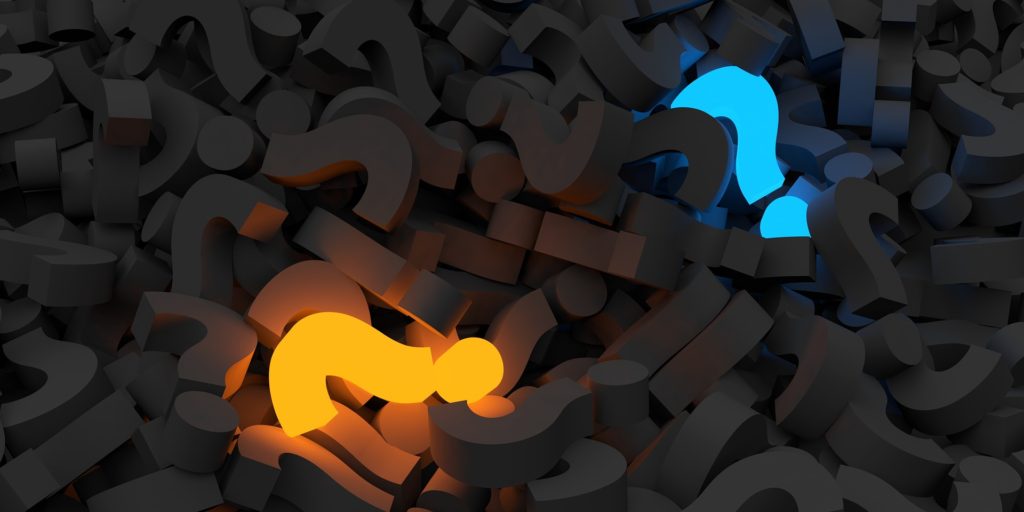 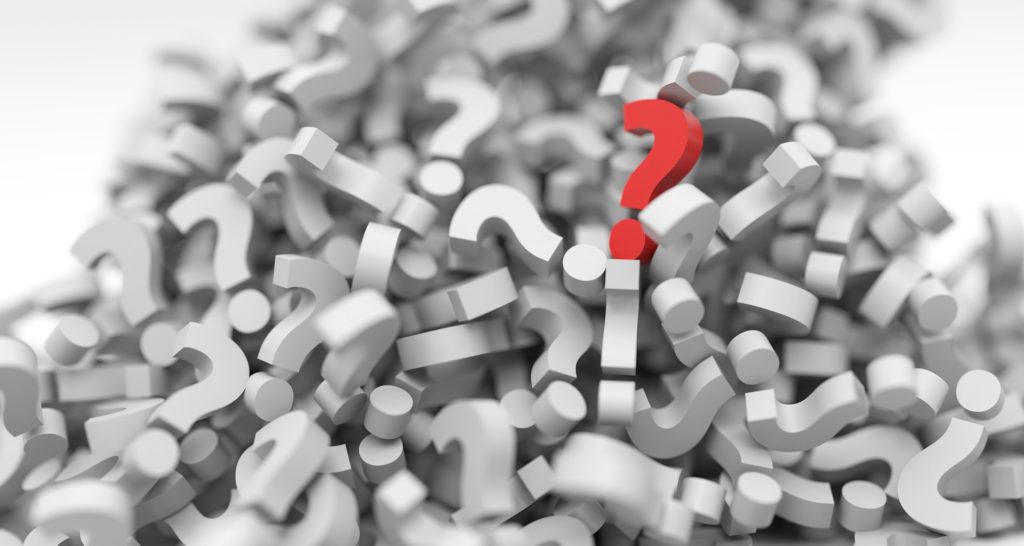